How does wearing this this way, benefit the average woman?  Please send along your comments. Pro or con.

The pessimist complains about the wind.
The optimist expects it to change.
The realist adjusts the sails.
– William A. Ward

Life can make pessimists out of us;

Religion can make optimists out of us;

Science can make realists out of us.

But of course, all three statements are a function of time, place, and circumstance. It is entirely possible that each of these can be interchangeable, such that religion for example, can make pessimists out of us, or science can make us optimistic, or life can make us realists. Ward was summarizing tendencies in populist thinking as a result of living, having faith, or rational thought based on evidence.

Atheists may be optimistic; a suicidal person may feel that his/her actions may be altruistic; and a priest may favour logical thought over dogma. There are always exceptions to the rule, and although common jingles may make common sense, one can always find people who do not fit the mold, or who are at either end of the bell-curve, if you will. Such is the make up of society. To the extent sayings like the above attempt to orient us in a ‘better’ direction to our behaviour, they have civic utility, e.g., it is better to be a realist than a pessimist. The consequences will be better, for us and the people around us. Or so it goes.

Behavioural generalizations, from psychology or sociology or any social science, serve the broad purpose of providing guidance to social policy. Forcing a ‘modes of reasoning’ course into the core curriculum of a university undergraduate program may have the ultimate net effect of producing a graduate with realistic thinking skills in preparation for the real world. And this is a good thing. As Desiderata so wisely indicates, the world can be “full of trickery”, and one should “go placidly amid the noise and haste”, and “be on good terms with all persons.”

All norm-setting (behavioural standards) attempts, such as the Desiderata (google it), ostensibly derive from real life experiences. Behaviours that become ‘realistic’ and normative therefore, can be of two kinds: the empirical realism type (this is the case, or exists, independent of what I think about it) and the transcendental realism type (reality is the result of the imposition of our minds upon it or the situation). Both kinds of behavioural realism can co-exist without contradiction.

Ward’s dictum reminds us all of patterns of thought out there in the real world, patterns which he believes should be emulated. Each of us has such patterns, known to us or unconscious, that guide our thoughts and actions on a daily basis. This the stuff of which ‘morality’ is made, with tolerance limits implied. Change agents in society, who seek to alter the status quo, face arguments regularly from the masses about not being “realistic”, even though their platforms may in fact be more realistic than prevailing views of the world. Embracing change has risks; that is why ‘winners’ may be seen as heroes, and ‘losers’ as misfits or fools – irrespective of the integrity and rational strength of their arguments. Social realism can be chameleon-like, capricious or mutable, as it so needs, to get people to see alternative ways of thinking and doing. Adjusting the sails may be difficult, but with evidence and a clear mind and conscience, it can be done and done to everyone’s satisfaction.

The Johns Hopkins Health Alerts are extremely informative about various health issues including prostate cancer. The latest alert (June 14th) discussed the Gleason Score, the most important factor in predicting the current …

See on Scoop.it – Sociology of the Body 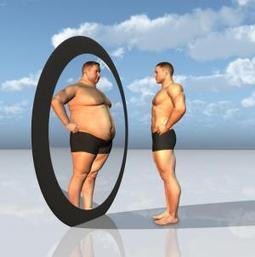 How do today’s physical standards affect males and how they feel about themselves?

This is an important article for and about male body image issues.